GIFT (Dumb Big Sister)
Oni Schneider is the third born child of Arnie and Dori Schneider. Along with Didi, Andy, and Randy, she has made an appearance outside of the main series first due to delays in the comic. Currently, not much is known about Oni to protect from spoilers in her soon-to-come main series appearance. However, a couple of things to note are:

Oni has so far appeared in the first production run of Dumb Big Sister, Stupid Little Sister. However, she is only two years old at oldest in this run, and it seems a lot of her personality hasn't yet developed, favoring instead for typical two year old behavior (or the behavior of a well behaved two-year old compared to Andy and Randy). What we can gather, though, is that she seems quieter than the rest of her siblings, and follows directions really well unless scared out of her mind. She puts a lot of trust in Nini, and has a deep love for her family. 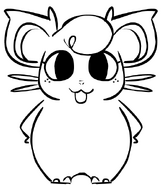 Treat Oni well and she's pleasant to be around! 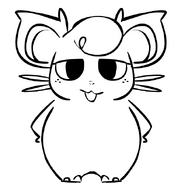 Oni is tired of your shenanigans 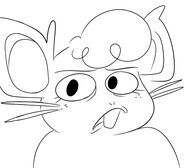 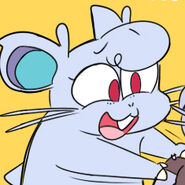 You're so flippin' weird~
Add a photo to this gallery
Retrieved from "https://aquabunny.fandom.com/wiki/Oni_Schneider?oldid=752"
Community content is available under CC-BY-SA unless otherwise noted.